Posted on September 28, 2018 by georgelamplugh

[Note:  In the previous post in this series, we looked at the short-term consequences of the acceptance, by white southerners and many northerners, of the so-called “New South Creed,” which offered a prettified picture of the “Old South” and a rose-colored vision of the region’s future.  The triumph of the Creed helped solidify the spread throughout the South of sharecropping, the crop lien system, convict leasing, and the gradual disfranchisement of African American voters.  Stripped of the protections afforded them by the 13th, 14th, and 15th amendments to the Constitution that had  been ratified at the end of the Civil War, bereft of supporters in Congress, former slaves were unable to reverse the racist tide that swept them into the twentieth century.] 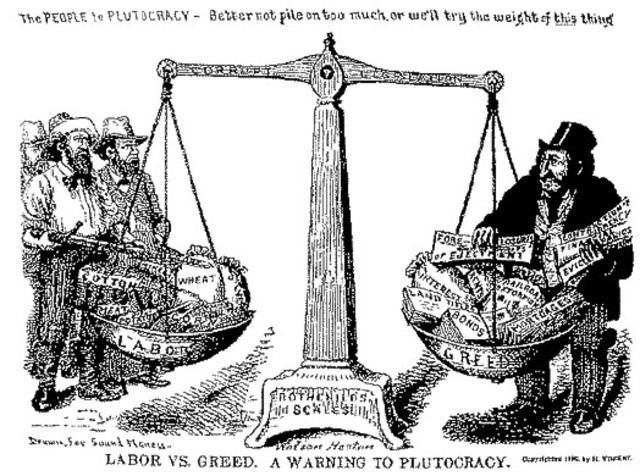 The main reason given by southern whites for disfranchising Black voters was popular disgust with fraudulent elections.  As an Alabama Democrat said, “Now we are not begging for ‘ballot reform’ or anything of that sort, but want to be relieved of purchasing the Negroes [votes] to carry elections.  I want cheaper votes.”  African Americans had been pressured to vote for conservative white candidates while the Redeemers were in office.  Moreover, the Populist Party of the 1890s, which grew out of a farmers’ protest movement, had appealed to both poor white and poor Black voters.  Whites felt that the only way for them to maintain political control without also threatening white supremacy was to remove Blacks as potential voters.  This feeling reached a peak after the 1896 presidential election.

Southern whites proved inventive in devising ways to trim voter rolls.  In 1890, Mississippi created the literacy test/understanding clause.  Even an illiterate white could vote if he could demonstrate (to the satisfaction of white election officials) that he “understood” a section of the Constitution read to him.  Placing the final decision in the hands of white officials guaranteed elimination of most Blacks from voting rolls, however.  Yet, the “Mississippi Plan” also prevented many poor whites from voting, because they could not afford to pay the poll tax that was also part of the plan.  The literacy test/understanding clause was not ruled unconstitutional by the United States Supreme Court until 1965, in U.S. v. Mississippi and Louisiana v. U.S.

Then there was the “grandfather clause,” invented in Louisiana.  Under this approach, a poor white might be illiterate, but, if his father or grandfather had been able to vote before 1867 (the year the future 14th Amendment, which gave Blacks the right to vote, was sent to the states for ratification—the amendment was declared adopted in 1868)—he too could vote. The grandfather clause was ruled unconstitutional by the Supreme Court almost on a state-by-state basis, with the final decision, (Lane v. Wilson) handed down in 1939.

Another approach to disfranchisement was the poll tax.  Black voters were the main targets of this device, but, as mentioned above, poor whites were also affected.  (In some states, for example Mississippi and Georgia, voters had the additional “opportunity” to jump other hurdles, like the literacy test.)  Poll taxes were abolished in registering voters for federal elections by the 24th Amendment to the Constitution (1964), and for state elections in 1966.

Finally, there was the “white primary.”  The Democratic Party in southern states was organized as a “private club” for selecting candidates.  Thus, the Democrats could admit or exclude whomever they pleased from the primary process, which in the South was tantamount to election in the now one-party region. The white primary was finally ruled unconstitutional by the Supreme Court in 1944 (Smith v. Allwright).

Although the general economic, political, and social conditions of African Americans in the South plummeted with the curtailment of their voting power, the literacy rate among southern Blacks rose from 20.1% in 1870 to 55.5% by 1900.  Moreover, by 1900 there were 1700 Black physicians, 21,000 teachers, 15,000 clergymen, and 730 attorneys in the region.

Perhaps reflecting on these statistics, a prominent Black American of the era, Booker T. Washington, argued that it would be best for African Americans to forego political equality in hopes of prospering in agriculture, industry, and business.  In his famous “Atlanta Compromise” speech at the Cotton Exposition in Piedmont Park in 1895, Washington made it clear that, if Black southerners had to surrender their civil rights to cultivate the friendship of whites, then he was willing to pay that price, tacitly endorsing “separate but equal” in his Atlanta address.  Washington also might have been reflecting on more sobering facts while preparing his speech.  For instance, while lynching was declining in the nation at large, it was doing so more slowly in the South.  In fact, lynching was taking on the characteristics of a distinctly southern, and racial, phenomenon.

Extremists of southern racism were reaching a wider audience as the new century opened.  For example, Thomas Dixon’s best-known novel, The Clansman (1905), glorified the Reconstruction South’s leading terrorist organization, the Ku Klux Klan.  The film version of this work, D.W. Griffith’s “Birth of a Nation” (1915), was the first motion picture shown in the White House.  The President who asked to see it, Woodrow Wilson (1856-1924), was a native southerner who had grown up during Reconstruction.  The speeches of bitter southern racists like “Pitchfork Ben” Tillman of South Carolina and Georgia’s Tom Watson also enjoyed wide circulation during this period. 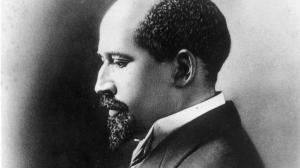 Booker T. Washington’s “compromise” with Jim Crow in 1895 alienated another articulate African American, the Harvard-educated W.E.B. DuBois, who seemed destined to become Washington’s perennial rival.  In 1905, DuBois was one of the founders of the Niagara Movement, which demanded for African Americans “every single right that belongs to a freeborn American, political, civil, and social.”  By 1910, Dubois helped establish the National Association for the Advancement of Colored People (NAACP) and served as the editor of its journal, The Crisis.

Despite what DuBois thought—and what some African Americans active in the “Black Studies” movement of the 1960s later claimed—Booker T. Washington was not the shuffling, grinning “Uncle Tom” figure in private that he appeared to be in public.  His public role was a necessity, if he were to remain in the good graces of whites, especially those involved in politics and philanthropy.  Privately, however, Washington revealed the Machiavellian personality that lay hidden behind the mask of “Uncle Tom,”  launching direct but secret attacks on Jim Crow railroad facilities and various means of exploiting the black poor,  though with mixed results.  He also built up what came to be called the “Tuskegee Machine,” using similar methods to those employed by white urban political bosses.  Washington encouraged support of conservative black businessmen and became President Theodore Roosevelt’s closest advisor on race matters and Black patronage for the Republican Party.

Booker T. Washington also dominated the Black press through outright ownership, advertisements, and subsidies.  He used philanthropic funds at his disposal to exert influence over Black schools and colleges, church leaders, even secret Black fraternal orders.  Like many influential leaders past and present, Washington was firmly convinced that his way was the best way.  Hence, he would brook no criticism.  He used pressure, money, and an elaborate network of spies and informers to frustrate the designs of African American foes like DuBois and to discredit their white, liberal allies in the NAACP.

So, it seems that there were at least two facets to the so-called “New South”: one, the perception of reality, which no doubt did much to assuage the bitterness of defeat for white southerners and bring about reconciliation of the sections; the other, the actual reality revealed, with benefit of hindsight, in the cold light of statistics (see Part 1).  It seems clear also that, while many Americans, North and South, believed that the emergence of a “New South” brought numerous problems to an end, that it emerged the way that it did raised a host of new issues that continue to bedevil us to this day.

SUGGESTED SOURCES FOR PARTS 1 AND 2:

Blackmon, Douglas A.  Slavery by Another Name: The Re-Enslavement of Black Americans from the Civil War to World War II.

Hahn, Steven.  A Nation Under Our Feet: Black Political Struggles in the Rural South from Slavery to the Great Migration.

Lemann, Nicholas. Redemption: The Last Battle of the Civil War.

Litwack, Leon F. Been in the Storm So Long: The Aftermath of Slavery.

White, Richard. The Republic For Which It Stands: The United States During Reconstruction and the Gilded Age, 1865-1896.

I retired in 2010 after nearly four decades of teaching History at the "prep school" level with a PhD. My new "job" was to finish the book manuscript I'd been working on, in summers only, since 1996. As things turned out, not only did I complete that book, but I also put together a collection of my essays--published and unpublished--on Georgia history. Both volumes were published in the summer of 2015. I continue to work on other writing projects, including a collection of essays on the Blues and, of course, my blog.
View all posts by georgelamplugh →
This entry was posted in American History, Historical Reflection, History, Research, Southern (Georgia) History, Southern History, Teaching, Uncategorized and tagged Age of Jim Crow, American History, American History and Culture, Civil Rights Movement, education, Historical Reflection, history, History Curriculum, History Teaching, History Teaching Career Retrospective, Prep school teaching, Southern History, Teaching History, The Blues, The Great Migration, WP Longform. Bookmark the permalink.