Posted on October 15, 2018 by georgelamplugh

[NOTE: Earlier this month, I had yet another opportunity to speak with a group of PhD students at My Old Graduate School (hereafter, MOGS) about the job market out there as they are finishing their doctorates.  In the last few years, I’ve had several  such engagements, and I’ve posted a summary of each at “Retired But Not Shy” (see here, here, and here).

As was the case during my last appearance at MOGS, this was supposed to be a “panel discussion” on the topic of teaching at a prep school with a PhD; unlike that former occasion, this one actually wound up as a panel discussion.  The key was the decision by MOGS to offer those who signed up for the session an opportunity to submit questions they wished panelists to address.

Those questions were really good ones, and, despite the fact I’d prepared a ten-minute presentation about my career “beyond the professoriate,” as our instructions originally specified, I decided to jettison that approach and tackle some of those questions, as did my two colleagues.

All of us PhDs had experience teaching on the secondary school level.  I, the only retiree in the bunch, had taught History for nearly four decades at the same “prep school,” which I usually refer to by its nom de blog, Atlanta’s Finest Prep School, or AFPS.  A second panelist is in his fourth year teaching Chemistry at a different local private school.  The third panelist, also a Chemistry PhD, teaches at a highly-regarded suburban public school.

What follows includes excerpts from the ten-minute overview of my career that I did not deliver, as well as my responses to several of the questions submitted by members of the audience.]

It wasn’t until sometime in 1972 that I began to look for a college-teaching job, only to discover that there was no such job looking for me.  Yet, I very much wanted to teach History, so I decided to investigate independent secondary (or “prep”) schools, which, unlike public high schools, did not seem to require “Education” courses. (I was mistaken in that assumption, but that’s another story.)

Although I had no offer from a college in 1972, I wound up with three from “prep schools” in 1973, ultimately choosing to join the faculty at AFPS, across town from MOGS, largely because  that school’s salary proposal was the best of the bunch.  (And my family would be able to stay in Atlanta, at least for a while–thanks to the U.S. Army and MOGS, we’d already moved five times in six years of marriage!)

AFPS was willing to hire this PhD, and the explanation is clear in retrospect:  AFPS advertised itself as a college preparatory school, so employing a few teachers whose degrees actually qualified them to teach in college was an asset.  Newly-minted PhDs like me working on the high school level in the 1970s were ahead of the curve, though we didn’t know that at the time.  PhDs on prep school faculties might have been oddities then, but,  having at least some teachers with doctorates on the faculty nowadays is practically a requirement at better prep schools! 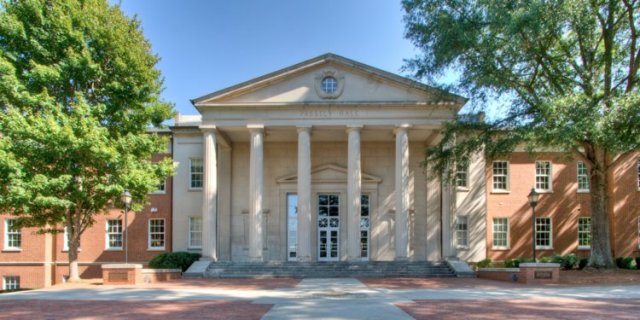 How do I frame my resume in order to look desirable for a teaching position at a prep school?

Keep in mind that, while prep schools hope to hire “renaissance people,” teachers who know their academic “stuff,” they also have other, more practical needs that must be filled—most from within the ranks of their teaching faculty.  So, let the school know, both in your application and in your interview, what other skills you have, besides a deep knowledge of your chosen field and dissertation topic.

For instance, can you help coach a sport?  Rest assured that most prep schools offer lots of sports options to their students, the overwhelming majority of them at the sub-varsity level, some of which you might have had experience with while in high school or college.  Moreover, “coaching assignments” are not limited to sports teams:  there are activities like debate, the school newspaper, yearbook, student government, music programs, all of which need “advisors.”  There also will be a multitude of clubs and activities that need “sponsors.”

Take the initiative here.  I know from personal experience that, if you don’t tell the school what activity you’d like to help coach, sponsor, or advise, the school will tell you what you’re going to do!

How difficult is it to navigate the transition from full-time research in graduate school to working in secondary education?

How could I remain at AFPS for nearly four decades?  First, employment prospects on the college level did not improve much over that period.  More importantly, I came to love the job, the students, and the school.  I also evolved from a “History professor” to a “History teacher,” largely, I believe, because of what I’d learned in college and at MOGS.  (Let me add that, if my experience is any indication, the biggest difference between being a “professor” and a “teacher” is that, for a secondary school teacher, students’ accountability is daily, not just a few times each semester, as it might be for a professor.)

Isn’t it true that teachers with advanced degrees are often “looked down upon,” both by colleagues at the school and by professors in the academy?

Perhaps “back in the day,” when I hired on at AFPS, this might have been true, but even then the school already had some PhDs on the faculty, so I never felt alone, or “looked down upon.”

The thing to remember is that, if you secure a position on the secondary level, you need to take it very seriously:  work hard to prepare for your teaching assignments; try to make friends with other members of the faculty; contribute as much as you can to the life of the school outside of the classroom; and, above all, do not be afraid to go to more experienced teachers, especially in your department, with questions or problems.

In essence, you will be judged by your faculty peers by what you brought to the school when you were hired and, of course, how much you contribute to school life as a member of the faculty.  It might seem difficult at first to fit in.  You’ll be trying to prepare your courses, perhaps including some you’ve not previously taught; learn how your school operates; work constructively with colleagues in a new environment; and, if you are married and have a family, try to tend to those responsibilities as well.

I’m sure that each of us on the panel could offer anecdotes about how hard we–and others of our acquaintance–had to work to get over the hump during our early years at our schools, but the task is doable–and the rewards are satisfying. [NOTE:  Each of us did furnish anecdotal evidence that taking on a teaching assignment in a high school was far from being a walk in the park, and more demanding than being a grad school TA.]

As far as the opinions of “professors in the academy” are concerned, college professors are certainly aware of the reality of today’s job market, so most will understand why you’ve signed on to teach at the secondary level.  I still remember the efforts by my dissertation director at MOGS to keep me informed, after I’d become a prep school teacher, of job possibilities on the college level, none of which, alas, came to fruition.  One of the hardest things I’ve ever had to do was gently to inform him after a few years that, while I appreciated what he had tried to do for me on the job front, I was content in my prep school roost and did not plan to move.

Is secondary education a good fit for me?

If you are fortunate enough to land a teaching job at a “prep school,” please don’t assume that you’ve somehow “settled for something less.”  This path will be different from the one you envisioned when you entered graduate school, but, like teaching in a college or a university, it has both challenges and rewards and is a job worth doing–and doing well.

Sure, you’ve missed out, at least for the time being, on that tenure-track job at Ivy U., but, if you apply yourself and possess self-discipline (and a supportive spouse, if you are married), you should be able to “keep up in your field”; remain active in professional organizations and publishing (even though your school certainly won’t require that); work with skilled, likable, interesting colleagues; earn a decent salary, with benefits.  And, of course, you can continue to search for that heretofore elusive “college job.”  Now, admittedly, this will not be easy, but it can be done, if you really want to do it!  Once more we circle back to the need for a positive outlook, energy, and self-discipline.

Teaching on the secondary level can be a fulfilling career for anyone interested in working with bright students, sending them out into the larger world knowing that, because of your efforts, they are better prepared than they might otherwise have been.

I retired in 2010 after nearly four decades of teaching History at the "prep school" level with a PhD. My new "job" was to finish the book manuscript I'd been working on, in summers only, since 1996. As things turned out, not only did I complete that book, but I also put together a collection of my essays--published and unpublished--on Georgia history. Both volumes were published in the summer of 2015. I continue to work on other writing projects, including a collection of essays on the Blues and, of course, my blog.
View all posts by georgelamplugh →
This entry was posted in "Education Courses", building a classroom persona, Education, History, History Curriculum, History graduate school, History Teaching, memoir, Prep School, prep school teaching with a PhD, Teaching, Uncategorized and tagged American History, education, Emory University, Graduate Education, History Teaching, History Teaching Career Retrospective, Prep school teaching, Prep school teaching with a PhD, Teaching, Teaching History, The Westminster Schools. Bookmark the permalink.