The Year of Hubris: “Retired But Not Shy” at Nine

Posted on June 1, 2019 by georgelamplugh

[NOTE: Essentially, this post is a mea culpa for the penultimate paragraph in last year’s “birthday post,” “Confessions of a Historical Pack Rat: ‘Retired But Not Shy’ at Eight”:

Finally, as RBNS approached its eighth birthday, it reached a milestone:  In November 2017, this blog received more than one thousand visits, nearly a third more than were recorded for the entirety of Year One (June 2010-May 2011); subsequent months in Year Eight have come close to four figures, but none has reached it. 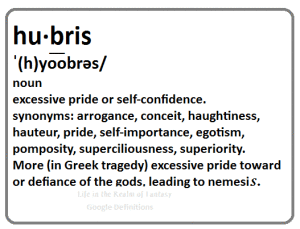 Or, as you’ll soon see, one might add another synonym, “Be careful what you wish for, because you just might get it.”

When I launched “Retired But Not Shy” almost nine years ago, I began with the bare bones format available from Word Press for free. The next step, which involved an annual fee, was to “upgrade” to a template that allowed me to improve the appearance of the blog, an approach I continue to use (and pay for) to this day.

Until about six months ago, though, this blog’s URL was nestled under the main Word Press site. After eight and a half years with this arrangement, I was making real progress with “hits.”  One month, I got over 1000, and just under that in another.  And then, I let hubris, or  something else, get to me: in response to a persistent Word Press ad, I finally agreed to register my very own “domain name,” for an annual fee that was about to be increased; but, if I hurried, I could still get it at the current price.  Such a deal, right?  So, I finally said, sure, why not. . . .  And I proceeded to find out “why not?”

In addition to hubris, I decided to upgrade because I’d been publishing a blog for so long that I no longer felt like an “amateur”; surely I’d been growing RBNS long enough to consider myself a “professional”! Perhaps, then, stepping out under my own name made a certain sense (and I could afford the fee for the upgrade).

What I hadn’t counted on was that, when the change was made from my old URL to the new one, that apparently meant that everyone who had visited–and bookmarked–my blog at its former address, would  be unaware of the change.  So, the next time they clicked on that familiar URL, they would be told that the address no longer existed.

I drew this conclusion because, in the weeks following the adoption of the new web address, the “hits” on my blog dropped dramatically, including some days on which the blog received no “hits,” something that hadn’t happened since Year One.  Could those (I hoped!) disappointed followers of “Retired But Not Shy” easily learn that I had changed the blog’s address?  Sure, by doing a Google search, using either my name or the blog’s title, they might be able to find it, but would they bother?  That was another question entirely.

So, what could I do to recapture my (perhaps) lost readership as a result of the blog’s new address?  Eventually I filed a sort of digital “change of address card,” using three sites where I’d been publicizing the blog—Facebook, Google+, and LinkedIn–as well as reaching out to those on what I called my “subscription list,” folks who had agreed, in all innocence many years ago, to “follow” the blog.  I posted a message at each site announcing that “Retired But Not Shy” had a new URL and urging readers to find—and bookmark—it, and I sent along a similar warning to those who “followed” the blog via my “subscription list.”

That worked, after a fashion, but, like the original growth of the blog from June 1, 2010, on, recovery has been gradual, although not as slow as the original blog site’s growth pace had been.  Nearly a year after the arrival of georgelamplugh.com, I’m back to about half the blog’s “pre-hubris” strength, and it’s continuing to grow, but still gradually.

Perhaps the lesson to be learned by neophyte bloggers from my experience over the past year is that, if you want your name featured more prominently on your blog—and can afford to pay for it—the time to do this is during the first year or so of your blog. By the end of that year, if you feel that your blog is well and truly established (and you may not), then consider upgrading to a format that features “your name.com” as the URL, and then, by all means, be sure to advise your “followers” on Facebook and other social media sites of the change.

This sort of kerfluffle, then, is what could happen if you do as I did and give in to your desire to see your name in digital lights at the top of your homepage, but, unfortunately, do so after you’ve been in business long enough to begin to attract a large following. In my case anyway, that change seriously damaged RBNS after it had “taken off.”

Put another way, starting with the free blog format, at Word Press or elsewhere, remains a good idea.  It’ll give you a chance to see if you enjoy blogging and can produce interesting posts on a more or less regular basis; but if, as many folks do, you discover that it’s not really your cup of tea, then you can drop it without having put very much money into the venture.

Finally, as noted above, it might be wise, if you’ve enjoyed blogging, to upgrade your blog to one that bears your name (plus “.com”), but do it at the end of the first year or so–and, of course, make sure that your loyal readers are made aware of the change in time, so that “visits” to your site don’t drop precipitously, as mine did.

And now for some “best of” lists that reflect in miniature the history of “Retired But Not Shy” since June of 2010:

What follows is a list of the most popular of my new posts during year nine:

What follows is a list of the most popular posts, old as well as new, during year nine:

[NOTE:  Six of the ten most popular posts since “Retired But Not Shy” was launched are on the Blues!  (Who’d a thunk it!)  Two are from the “Dead Georgians” series, the others from “Prep School” and “Teaching History.”]

As always, thank you for visiting “Retired But Not Shy.”  I hope you come back!

I retired in 2010 after nearly four decades of teaching History at the "prep school" level with a PhD. My new "job" was to finish the book manuscript I'd been working on, in summers only, since 1996. As things turned out, not only did I complete that book, but I also put together a collection of my essays--published and unpublished--on Georgia history. Both volumes were published in the summer of 2015. I continue to work on other writing projects, including a collection of essays on the Blues and, of course, my blog.
View all posts by georgelamplugh →
This entry was posted in American History, Education, Historical Reflection, History, Interdisciplinary Work, memoir, Research, Retirement, Uncategorized and tagged "birthday" post, Historical Reflection, history, memoir, Retirement. Bookmark the permalink.

6 Responses to The Year of Hubris: “Retired But Not Shy” at Nine