Posted on January 3, 2017 by georgelamplugh

The Reverend Dr. Martin Luther King, Jr., has long been one of my  heroes, beginning when I was a youngster growing up in an industrial suburb of Baltimore in the 1950s.  In the 1960s, when I decided that I wanted to teach American History, I wondered where Dr. King and his legacy would fit in.  He and the movement he represented seemed, at least at that time, part of “current events” rather than “history.”  Fortunately for me, I didn’t yet have to answer that question, either in college (because the American History survey course I took did not make it past World War II); or, after two-years in the U.S. Army,  graduate school (because, even as a teaching assistant, I–that’s right–never took my American History survey course much past the end of the Second World War).

Once I signed on at The Westminster Schools, an Atlanta “prep school,” in 1973 and learned that I would be teaching United States History, the need to fit Dr. King into the American story became more pressing.  Given the pace of the typical academic year at my school, however, I discovered that, by the time I reached the 1950s and 1960s, there was little time left before I had to begin prepping my Advanced Placement U.S. History (APUSH) students for their end-of-the-year, comprehensive, standardized exam.

So many important postwar trends to cover and so little time available!  Eventually, I decided to focus on a few “big themes” for the post-1945 period:  the Presidency; the War in Vietnam; and–wait for it–the modern Civil Rights Movement.  I developed a brief unit on the Civil Rights Movement for APUSH, but I still felt as if I were giving a crucial topic short shrift.

I did eventually get the chance to focus on King and the Movement, but it took me quite a while (look here, here, and here for initial steps along that road).  At last, a few years before the end of my time in the classroom, I inherited a one-semester, junior/senior-level elective course on the Modern American Civil Rights Movement that I taught for several years.

During that same period, I also had the opportunity to assume the editorship of the History Department Newsletter.  In that post, I naturally felt compelled to opine from time to time on issues in the study of American History that I felt were important and should not be ignored at Westminster.  And–surprise!–chief among them was the Civil Rights Movement in general and Dr. King’s role in particular.

Following my retirement, and the launching of this blog (as a sort of replacement for my editorial duties at the History Department Newsletter), I continued to believe that students must understand both the background of the Civil Rights Movement (i.e., the so-called “Age of Jim Crow”) and the Movement itself if they were to understand the modern history of this nation and their own place in it.  And, perhaps inevitably, in January 2012 I decided to offer a post centered on my personal reflections about Dr. King and the Civil Rights Movement, the main sources for which were several editorials I had written for the History Department Newsletter. 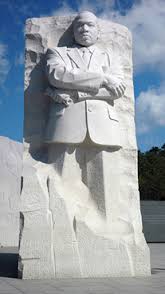 That 2012 post soon became one of the most popular at “Retired But Not Shy,” and it remains a personal favorite among the more than one hundred thirty posts on this site.  I revised the King reflection–and re-posted it–in January 2015.  If you haven’t yet read this essay, or if you’re simply in the mood to meditate on Dr. King’s role in the American story as part of your observation of the King Holiday, I’m attaching a link to the more recent version:

I hope you enjoy it.

I retired in 2010 after nearly four decades of teaching History at the "prep school" level with a PhD. My new "job" was to finish the book manuscript I'd been working on, in summers only, since 1996. As things turned out, not only did I complete that book, but I also put together a collection of my essays--published and unpublished--on Georgia history. Both volumes were published in the summer of 2015. I continue to work on other writing projects, including a collection of essays on the Blues and, of course, my blog.
View all posts by georgelamplugh →
This entry was posted in Age of Jim Crow, American History, Civil Rights Movement, Current Events, Dr. Martin Luther King, Historical Reflection, History, History Curriculum, Popular Culture, Prep School, Research, Retirement, Southern (Georgia) History, Southern History, Teaching, Uncategorized and tagged Civil Rights Movement, Emory University, King Holiday, Rev. Martin Luther King Jr., University of Delaware. Bookmark the permalink.