Posted on November 1, 2015 by georgelamplugh

A Review of Ian Zack, Say No to the Devil: The Life and Musical Genius of Rev. Gary Davis.  The University of Chicago Press, 2015.

“I done come this far, I don’t find no fault, well I feel just like goin’ on” (Rev. Gary Davis)

During the “folk revival” of the 1960s, the Rev. Gary Davis had “been hiding in plain sight all along,” so there was no need either to “find” or “rediscover” him. (xv) He’d been obscure because of the choices he’d made earlier in his career:  once he became a minister, Davis refused to perform the blues publicly, preferring to devote his life to God as a street singer and preacher, though privately he could be much more obliging.

Davis’s story combined “survival against the odds, gritty perseverance, unshakable faith,  and talent’s triumph over towering adversity. It’s also a story of generosity—his own and that of his followers, who worked tirelessly on his behalf both during his lifetime and after his death to try and get him his due.” (xvii)

Gary Davis was born in Laurens County, S.C., on April 30, 1896, to sharecroppers John and Evelina Davis.  There are conflicting accounts of how he was blinded soon after his birth, but the common denominator was a lack of even rudimentary medical care in his rural community. After his father left, Gary’s mother, who had problems of her own, turned over responsibility for raising him to her mother.

As a result, “the themes of death, abandonment, the lost child in the wilderness, and a reunion with his mother ran through Davis’s gospel message and music.” (9) A second theme that would occupy him as a performer, “personal salvation and rejection of sin,” also probably grew from his memories of his parents’ problems with philandering and alcoholism. (10)

The church became important to Gary Davis early in life, as did music. He learned the harmonica at age 5; the banjo at 7, from his stepfather; and, at about the same time, the guitar, from a local musician.  According to his biographer, Davis’s approach to the guitar was nothing short of revolutionary. It was not simply an accompaniment to his singing, but rather, given his uncanny skill, “a band in a box, with cornets, trombones, tubas, clarinets, and drums at his disposal.” (17) Yet, like a lot of older African Americans, Davis’s grandmother, who, remember, was raising him, considered the blues “the devil’s music.”

Davis’s exposure to formal education was minimal, culminating, at age eighteen, in six months or so in the South Carolina Institution for the Education of the Deaf and the Blind near Spartanburg.  Until the late 1920s, he was a “street-corner bard,” mostly playing blues in Greenville, S.C., and Asheville and Durham, N.C.  Davis and his wife Mary, who shortly left him, were caught up in the “Great Migration,” heading north, but at a very deliberate pace.

It was while he played on the street corners of Durham that Davis took under his wing Fulton Allen (AKA Blind Boy Fuller), his first student. Despite his influence on Fuller, Davis continued to evolve from a blues man to an evangelist, and he was ordained as a minister sometime between 1933 and 1937.  Davis and Fuller were taken by blues talent scout J.B. Long to New York City in 1935, where Fuller emerged as a star while Davis, who was reluctant to record blues songs under his own name, was shunted into the “musical evangelist” category. In late 1943, Davis married Annie Belle Hicks, a religious woman who couldn’t stand the blues.  Her views, combined with his own increasing religiosity, would constrain Davis’s career for the rest of his life.

By early 1944, Gary and Annie were living in the Bronx, and Davis was ordained a second time, through the Union Grove Missionary Baptist Church, a storefront outfit that, unlike more traditional Baptist churches, used guitars and other musical instruments during the service. In addition, Davis became a street preacher/musician in Harlem. Living conditions for the Davises were awful, and Gary’s blindness also created problems as he plied his ministry in the streets—he was mugged, his guitar damaged or stolen, and sometimes the money he’d earned disappeared, a situation that only improved once he began having his students “lead” him to those Harlem street corners.

Gary Davis made a splash in January 1950, at a memorial service for the recently deceased “rediscovered” folksinger Leadbelly in New York’s Town Hall, yet the folk music revival was still a decade away.  Davis did attract supporters, not least Alan Lomax, who wanted to document his life. Moreover, Davis’s students hoped to learn how the Rev played his guitar; they weren’t particularly interested in his gospel songs, but the techniques he used while playing them did attract them, because they could be applied to the blues.

Of course, the Rev didn’t play blues much anymore, for his wife Annie was adamantly opposed to it.  Davis worked out a compromise: his students could come to his home; he’d show them how to apply his awesome guitar licks to gospel tunes; and, if Annie was either out of the house or far enough away not to be able to hear what he was playing, Davis would show his acolytes how to play “Candy Man” or “Cocaine” and other secular songs.

By the mid-1950s, performers like Ramblin’ Jack Elliott were playing American blues, including Gary Davis’s “Cocaine,” in Europe, and the folk music revival was beginning to take off in the United States. The problem was that, even when he had a chance to record, Davis was held back by his reputation as a singing preacher.

Manny Greenhill, who would shortly become Davis’s manager, didn’t consider new, white folk groups like the Kingston Trio “authentic” folkies; instead, he promoted “real folk singers,” among them Gary Davis. Davis was a standout at the first Newport Folk Festival, and the number of his students continued to grow. Although it was all gospel, Prestige Records released Davis’s Harlem Street Singer album on its new Bluesville label in December 1960, which, according to Ian Zack, was the Rev’s “masterpiece and one of the most breathtaking recordings of the folk era.” (124)

While all this attention brought Davis additional opportunities to perform in public, sometimes the results were negative. Facing a hostile, mostly white audience at Brighton Beach, for example, the Rev took the stage telling an accompanist that “I have my gun and I’m gonna sing my songs”–and he did.  (131)  Racism was ever-present, even in the supposedly “enlightened” Northeast. For example, on one occasion, when Davis was stiffed at a gig at a Boston club, he showed up afterward “with his cane—and a gun” to receive his due. (145)

Zack points out that Davis’s view of religion, especially after he was caught up in the folk music revival, was complicated: “Davis certainly left the impression that he enjoyed his Saturday nights [playing or listening to blues] as much as his Sunday mornings [in church].” (146)

The folk music revival took off in the early 1960s, presenting a real challenge to older performers like Gary Davis.  Peter, Paul, and Mary and Bob Dylan covered songs previously recorded by Davis and others, which raised the thorny issue of copyright that Zack treats in a clear, sprightly fashion. (154-158) 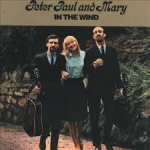 As far as Zack is concerned, the most significant development of the era was the decision by Warner Brothers Records to apply for a copyright on behalf of the Rev, because Peter, Paul, and Mary (PPM) had covered one of his gospel songs, “Samson and Delilah,” as “If I Had My Way.” This was the first time Davis had ever had a song protected by copyright, and, because of the popularity of PPM, it brought him “the biggest checks of his life.” (163)  On the other hand, there was no stampede on the part of other young “folk singers” and their labels to follow Warner’s example and award copyright protection to the older, original creators of folk songs like Davis.

The Rev was not a fan of the skills of the “rediscovered” blues men like Mississippi John Hurt, Son House, and Skip James. According to Zack, Davis’s “need to deride his contemporaries probably says more about his own insecurities than it does about the relative merits of the other musicians.” (175) And yet, thanks to Warner Brothers’ and PPM’s efforts to secure copyright for “Samson and Delilah,” Davis’s income rose significantly.  The Rev and Annie were able to buy their first car, although neither of them could drive it—squiring them around in the Ford became another way for the Rev’s students to “pay their tuition.”

By the mid-1960s, Davis, aided by students, was able to travel, usually without Annie, to concerts at home and abroad, which allowed him finally to “assert himself publicly as a master of both religious and secular music.” (178) Yet, according to Ian Zack, Davis also used these opportunities to “sample” young women, either on the stage or afterward.

Zack also argues that “few, if any musicians of [Davis’s] caliber in the modern era could claim as many students and as much influence as a teacher.” (197)  To Davis, teaching was “yet another way for an evangelist to spread the gospel,” and his students “also saw firsthand how he struggled to keep his spiritual life intact despite intrusions from the blues life.” (199, 201)

As the “folk revival” dried up in the 1960s, Davis latched onto every opportunity he could to travel abroad and perform, as another way to spread his “gospel.”  The Rev also became more willing to perform his blues songs in public, perhaps because he finally realized that was why most young people had been coming to hear him all along.

By the summer of 1965, “Right before everyone’s eyes, the Beatles and Dylan were ushering in the rock era and closing the chapter in which folk music had become synonymous with pop and traditional artists like Gary Davis had enjoyed the fruits of a thriving folk scene.” (214)  Davis continued to perform wherever he could, and his students worked to cement his reputation.

Early in 1972, the Rev experienced both kidney and heart problems; on May 5, he suffered a fatal heart attack.  Zack feels that Gary Davis has not received his due, largely because of the choices he made during his career. In fact, he claims, Davis’s greatest legacy is probably his students, talented guitarists like Stefan Grossman and Ernie Hawkins who would devote their careers to spreading the (guitar) gospel according to the Rev. Gary Davis.

Zack has done a fine job reconstructing Davis’s life and career, in a well-researched,  thorough, and well-illustrated biography.  Perhaps most significantly, Zack takes Davis’s religious views seriously—he even cites scripture for some of the Rev’s lyrics.  This biography will last, and Zack deserves congratulations for his dedication to the Rev. Gary Davis and his legacy.

I retired in 2010 after nearly four decades of teaching History at the "prep school" level with a PhD. My new "job" was to finish the book manuscript I'd been working on, in summers only, since 1996. As things turned out, not only did I complete that book, but I also put together a collection of my essays--published and unpublished--on Georgia history. Both volumes were published in the summer of 2015. I continue to work on other writing projects, including a collection of essays on the Blues and, of course, my blog.
View all posts by georgelamplugh →
This entry was posted in Age of Jim Crow, Alan Lomax, American History, Books, Historical Reflection, History, Interdisciplinary Work, Piedmont Blues, Research, Retirement, Southern History, The Blues, Uncategorized, WP Long Form, WP Long Read and tagged Age of Jim Crow, American History, Blues, Blues History, Ian Zack, Southern History, The Rev. Gary Davis. Bookmark the permalink.