Testifyin’ at the PDC (Be True to Your School, 2)

Posted on November 15, 2014 by georgelamplugh

[NOTE:  Whether a teacher wishes it or not, the longer one remains at a school, the more he or she is viewed as a representative of the institution. Obviously, faculty members are expected to support the school and its mission, at least in general, but longevity can place special burdens on some of them. This is the second of two posts illustrating public occasions where I attempted to describe the arc of my almost forty year career at the same school (for the first, go here).

This time, the venue was the yearly dinner for the school’s “big givers” to both the Annual and Capital funds, held at “the PDC,” a plush “town club.”  My role in the festivities had an odd origin: our president included a query in his “welcome back letter” at the opening of the school year, asking interested faculty members to respond to the question, “Why am I a Teacher [at this school]?”, ostensibly because he needed the information as part of a presentation to the Board of Trustees.  I e-mailed him a couple of paragraphs, then forgot about it.  A few weeks later, though, I learned that the president would like me and a representative from the junior high school faculty to give brief talks on that same subject at the dinner.

The PDC was a wonderful venue for such an event, and a place that was well beyond my financial reach. But, with retirement staring me in the face and with the opportunity on offer for the Willowy Bride and me to dine at the PDC, I agreed to speak. In the following version of that presentation, I refer to the institution where I taught under its “nom de blog,” “Atlanta’s Finest Prep School” (AFPS), and the university where I earned my PhD as “My Old Graduate School.”  I also have removed the names of colleagues referred to in the original talk, except for one, designated here as “DTL,” whose identity will be obvious to all long-time members of the AFPS family.]

I was thinking just the other day that I have now been on the AFPS faculty for more than a generation. I was one of, if not the, last teacher hired by our founding president, in whose honor tonight’s dinner is named, signing on the dotted line in the spring of 1973, just before he retired. I joined the Boys School faculty, where my colleagues included a number of legendary teachers, many of whom have by now retired (and some have died), along with up-and-coming “youngsters” who, it’s hard to believe, are today eligible for membership in AARP and are, like me, contemplating retirement.

The only academic department teaching co-ed classes in the fall of 1973 was History, where I was the newest member.  I’m sure lots of folks were holding their breath to see if that “radical experiment” would work. After all, the English Department had already tried it, only to see the project crash and burn. There was no junior high building: 7th and 8th grade boys were housed in the basement of the “Boys School”, while their female counterparts resided on the top floor of–wait for it–the “Girls School.”  As for the 6th grade, it was still part of the Elementary School.

Obviously, that was a long time ago. How long ago, you ask? Well, I now regularly teach the children of my former students. And, those of you who were at this affair last year might remember one of the speakers, a member of our high school English Department–he had been in my AP American History class during his senior year at AFPS! So, despite my Delaware roots and lack of a southern accent, I am from around here, at least in AFPS terms.

But, as DTL, one of the “Boys School’s” legendary teachers, used to say, I digress.  I’ve been asked to speak to you about what it’s been like to teach at AFPS for so long, and I am very glad to do that. Simply put, I am a “teacher” because I wound up at a school that values teaching and finds ways to encourage and recognize those who pursue it.  I had just completed five years of study to become a History “professor,” but, alas, there were no “History professor” jobs available when I finished my degree.  Hence, I signed on at AFPS as a stop-gap measure until, as I reminded myself frequently, “something better comes along.” Here it is, thirty-five years later, and I’m still waiting for that elusive “something better” to show up.  It had better hurry!

Having trained as a “professor,” I was well equipped to “profess,” especially in American History, for, while serving as a teaching assistant at My Old Graduate School, I had written a textbook (actually, many separate lectures, but “textbook” sounds more impressive) and even taken a course called “Introduction to College Teaching.”  Thus, for my first couple of years here, I pretty much lectured, or “professed,” in the classroom exclusively.

The transition from “professor” to “teacher” took several years, but a “teacher” I became–and a teacher I remain. Now, there is lots more to the job than what I “teach” in the classroom, and that part of the transition also proved challenging.  It’s learning who the kids are in each of my classes, putting names and faces together (a task that has become increasingly difficult as I’ve gotten older, but the less said about that, the better); establishing positive relationships with parents; meeting classes four days a week and holding them accountable, all the while trying not to become boring or predictable; getting to know my charges outside the classroom; fulfilling various extracurricular responsibilities; and working with colleagues to put the best interests of the students, and of the school, ahead of our own, sometimes narrower, ones.

There is no question that AFPS values teaching.  I don’t mean simply that the school has worked diligently over the years to ensure that its faculty is adequately compensated, although it has.  AFPS also values teaching in the sense that it hires good people and encourages them to develop their gifts as teachers, in the classroom and out. In recent years we have built an impressive mentoring program for new teachers, combining “education course” work with practical guidance from experienced AFPS teachers. One of the aspects of my job I’ve enjoyed most has been the chance to work with young teachers, some of whom might, if they stay long enough, represent the future of the school.

This school enables teachers to grow in many ways. In my own case, for example, funds from the school’s professional development budget allowed me to study theology for four years, which gave me the opportunity to teach some freshman Old Testament (not something, I might add, for which there was a lot of competition). Our sabbatical program was the envy of many independent schools, and not a few small colleges. When I decided to undertake research on a book, the school awarded me a sabbatical to help support the project.

I’ve always been interested in curriculum, and over the years I’ve been encouraged to develop new courses and to refurbish established ones. The only other administrative position I ever actually wanted during my time here was head of the History Department, and I eventually got the chance to do that.  One of my goals while department chair was to broaden our curriculum, to introduce more extensive coverage of non-western history and better reflect the increasingly multicultural world in which our graduates would live.

Think about this: what makes a great school? Is it able students, impressive buildings, a supportive administration, a wide range of available educational technology?  To some extent, sure, and this school certainly has all of those. But how many of you have fond memories of particular buildings on campus? Can you recall the make and model of the computer or calculator you used?

I’ll bet that, when you think about your years at AFPS, among the things you remember are at least a few of your teachers, those you recall fondly and, who knows, perhaps some of the other sort. Think about the magnitude of the task ahead, when the time comes, as it will all too soon, to replace faculty members of my generation with younger folks willing to enlist for the long haul (something that our president has said several times is at the top of his to-do list).

This is where all of you–all of us really–come in. I want to thank you for all you have done, for all you are doing, and, most importantly, for all I trust you will do to help continue the tradition of faculty excellence that has characterized this school since its inception.

Looking back on it, I wouldn’t trade my time at AFPS for a career at any other institution I can think of, even a college. This is indeed a special place. 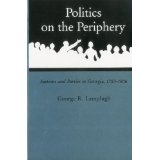 I retired in 2010 after nearly four decades of teaching History at the "prep school" level with a PhD. My new "job" was to finish the book manuscript I'd been working on, in summers only, since 1996. As things turned out, not only did I complete that book, but I also put together a collection of my essays--published and unpublished--on Georgia history. Both volumes were published in the summer of 2015. I continue to work on other writing projects, including a collection of essays on the Blues and, of course, my blog.
View all posts by georgelamplugh →
This entry was posted in Education, Historical Reflection, History, Prep School, prep school teaching with a PhD, Teaching, WP Long Read and tagged History Teaching, History Teaching Career Retrospective, Prep school teaching with a PhD, Teaching. Bookmark the permalink.

4 Responses to Testifyin’ at the PDC (Be True to Your School, 2)