On the Trail of Blind Willie McTell (Blues Stories, 24)

Posted on March 1, 2017 by georgelamplugh

[NOTE:  For a  new project, I’ve decided to revisit a number of works on the Blues and the men and women who played and sang them, books I had read but not reported on in this blog.  Here’s the first, and it’s a beauty!]

Even the “Introduction” to Michael Gray’s biography is worth pondering, because it presents a cogent explanation of the musical journey Blind Willie McTell—and his reputation—took, from late in his life, when few people still remembered him, to the present, when he occupies a special place in the history and legacy of the Blues.

In the summer of 1956, a young white record store owner in Atlanta, Ed Rhodes, learned that Blind Willie was still playing the Blues, only now in the parking lot of an Atlanta music club. (Like the Reverend “Blind” Gary Davis, McTell found himself “singing for his supper” after his reputation faded.)  Rhodes talked Blind Willie into letting him set up a recording session, at the end of which McTell told Rhodes he didn’t want the music released while he was still alive, because, if that happened, “I would just drink myself to death.” (3)

In November 1959, about three months after McTell’s death, Samuel Charters published his classic work, The Country Blues, which, in Gray’s opinion, sparked a revival of interest in the Blues.  Included on the compilation album accompanying Charters’ book was McTell’s 1928 recording of “Statesboro Blues.”  In 1961, a Blues fan connected Charters with Ed Rhodes, and Rhodes gave the Blues scholar a copy of McTell’s 1956 Atlanta performance, which Charters shortly released as Blind Willie McTell: Last Sessions.  Five years later, in 1966, the next full McTell album appeared, Blind Willie McTell: 1940, which had been recorded by traveling musicologist John Lomax and his wife Ruby, for the Library of Congress.

So, while Blind Willie had missed the Blues revival of the 1960s, it finally caught up with him posthumously.  And, although McTell was not available to accompany one of the “British Invasion” bands on stage and be hailed as a hero, as had longer-lived elderly Blues performers, his music lived on in performances by the likes of the Allman Brothers and Taj Mahal.  Finally, in 1991, Bob Dylan released a song he’d written in 1983 and used in his concerts thereafter, “Blind Willie McTell,” perhaps the best Dylan song some of his fans had never heard. (16)  In short, like Robert Johnson, Blind Willie McTell was relatively unknown during his recording career but became something of a Blues superstar following his demise. 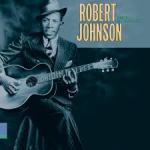 Willie McTell was born William Samuel McTier c. May 5, 1903, in Happy Valley, McDuffie County, Georgia, just south of the small town of Thomson.  He was of mixed ancestry—his grandfather, Elbert McTyeir, was the son of white man, Reddick McTyeir, and his slave Essey.  McTell was probably blind from birth, although the full extent of his disability is still uncertain. His mother, Minnie, was about 15 when he was born; his father, Ed McTier, perhaps 20.  It is possible that Willie’s parents never actually lived together; at any rate, his father, “a gambler and a drifter,” (74) was not in the picture during McTell’s childhood.

Minnie Dorsey took her son Willie to Jefferson County, Georgia, and then, around 1910-11, to Statesboro, in Bulloch County near the Georgia coast, a place McTell always considered home.  Michael Gray describes Statesboro as “progressive,” in the early twentieth-century sense of believing in modernity and progress.  Statesboro was relatively “progressive” in a number of ways, including the establishment of the City Colored School by a dedicated African American named William James.

Of course, the presence of a school for Black children had little impact on the blind McTell.  Willie eventually learned to read Braille at the Georgia Academy for the Blind, where his tuition was paid by a white Statesboro benefactor.  Gray also believes that later in his life McTell attended other schools for the blind in Atlanta, New York City, and Michigan. (173)

Gray also speculates about the effects of blindness on McTell’s personality and on his career as a Blues musician.  He never wore dark glasses, and his stage name, “Blind Willie,” was bluntly descriptive (but, the use of labels like “Blind” and “Blind Boy” was fairly common among visually impaired Blues and Gospel performers).  McTell carried a pistol and knew how to use it.

McTell also was a snazzy dresser for much of his career (check out the picture on the dust jacket).  Most surprisingly to his contemporaries, and to his biographer, Blind Willie displayed an uncanny ability to navigate the streets of any city he lived in, from Statesboro, to Atlanta, New York, Chicago, and back again.  In short, “everyone is agreed upon Willie’s lifelong transcendence of his handicap.” (175)

Much of McTell’s early musical training was probably informal:  several family members evidently played the guitar, and, in Statesboro, his mother Minnie and a man named Stapleton both helped mentor the boy’s training. The wife of a white physician even gave young Willie a guitar.  McTell must have been talented, because while still a teenager he briefly ran away and joined a traveling circus as a musical performer.

Evidently, Willie did not receive his first formal musical training until after his mother’s death (1920), when he was sent to the Georgia Academy for the Blind in Macon (1922-1925).  Following the end of his time there, McTell moved to Atlanta, where he “settled for the relative liberty he enjoyed, inclined by personality and quick-wittedness to live his life adroitly and with optimism.” (193)

Ralph S. Peer, a “talent scout” for Victor Records and a pioneer in the development of the “race record [i.e., Black music] industry,” was the first to record Willie McTell, in Atlanta in October 1927. Willie recorded songs between 1927 and 1929, earning “respectable” sales but charting no big hits.  The Stock Market Crash of 1929 dealt a fatal blow to “race records,” and forced Blues performers to look for other ways to continue their careers.  McTell was luckier than most, because he was able to record, either as a solo performer or back-up musician, from 1930 to 1933 and in 1935.

In 1933, Willie McTell married Ruth Kate Williams, a Georgia “preacher’s kid,” who worked as a nurse at Atlanta’s Grady Hospital.  Kate also ran numbers and joined her husband in a bootlegging venture, with Willie singing and Kate selling the hooch.  Willie and Kate moved to Chicago in 1935, and McTell continued to perform whenever and wherever he could, but his career was drying up.  In 1940, he recorded several tunes in Atlanta for John and Ruby Lomax, on behalf of the Library of Congress, playing his twelve-string guitar for two hours, in return for the munificent fee of $1 and cab fare!

McTell’s marriage to Kate disintegrated in 1941, and Kate left for New York City.  Without divorcing Kate, the Blues man established a more solid relationship with Helen Edwards, with whom he lived until her death.  In the 1940s, Willie briefly moved away from the Blues to gospel, a musical genre that had survived the Great Depression, but by the end of that decade he was playing Blues once more, on the streets in Atlanta.  Ahmet Ertegun, founder of Atlantic Records, heard McTell sing and convinced him to record  for the new label in 1949.  The following year, McTell recorded his final Blues album, for Regal, also in Atlanta. 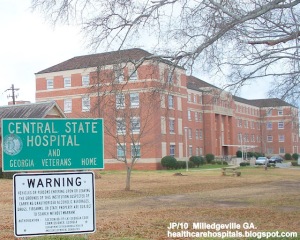 Willie was going downhill physically by the 1950s, and Helen’s death in 1958 dealt him a blow from which he never recovered.  In the spring of 1959, he suffered a series of strokes;  three of his relatives, concerned about his mental health, committed him to the state  hospital in Milledgeville, where he died on August 19, 1959.

Michael Gray’s closing chapter is a fine one.  He examines the aftermath of Willie McTell’s passing, including what happened to some of his possessions; the fate of his royalties (one of the boons coming to old performers—or, as in Willie’s case, their survivors—as a result of the 1960s “Blues Revival”); and, finally, the “the spoils of Willie’s ‘heritage.’” (351)  For instance, Atlantans know “Blind Willie’s,” a Blues tavern, and there is an annual  McTell blues festival in Thomson, where he was born and buried, and where a state historical marker commemorates his career.  Statesboro, where Willie grew up and returned to throughout his life, opened a “Willie McTell Trail” and was supposed to receive the “Georgy” award made on the occasion of McTell’s induction into the Georgia Music Hall of Fame, but that never happened–the award mysteriously “disappeared.”

Hand Me My Travelin’ Shoes: In Search of Blind Willie McTell, is a rich book:  a biography of one of the greatest of the early Blues men; a travelogue, recording Michael Gray’s geographical pursuit of the sometimes elusive but always fascinating McTell; and a “journey in time” that takes the reader, through Gray’s research and that of his wife (who explored the Worldwide Web from a computer in Britain) back to the South of the 1920s and 1930s.  Gray also does a wonderful (if at times overly detailed) job of sketching the larger context within which Willie McTell lived, moved, and recorded his unforgettable songs.

In sum, there is a lot to like in this book, for the Blues fan; the student of the Jim Crow South; the scholar interested in picking up tips for researching a figure who left little or no paper trail; and the aficionado of travel writing.

Moreover, Gray’s concluding sentence wonderfully captures the pleasure of studying history:  “The past, as we know, is a foreign country we cannot reach, but we can stare across at it, appalled and in wonderment, from the shores we stand on now.” (357)

For those interested in reading more of my reflections on history, here are links to several books on the subject:

I retired in 2010 after nearly four decades of teaching History at the "prep school" level with a PhD. My new "job" was to finish the book manuscript I'd been working on, in summers only, since 1996. As things turned out, not only did I complete that book, but I also put together a collection of my essays--published and unpublished--on Georgia history. Both volumes were published in the summer of 2015. I continue to work on other writing projects, including a collection of essays on the Blues and, of course, my blog.
View all posts by georgelamplugh →
This entry was posted in Age of Jim Crow, American History, Blind Willie McTell, Georgia History, Historical Reflection, History, History of Rock and Roll, Piedmont Blues, Popular Culture, Research, Southern (Georgia) History, Southern History, The Blues, Uncategorized, Urban Blues, WP Long Read and tagged Blind Willie McTell, Blues Revival of the 1960s, John and Ruby Lomax, Michael Gray, Statesboro (Ga.), Thomson (Ga.). Bookmark the permalink.

2 Responses to On the Trail of Blind Willie McTell (Blues Stories, 24)