Posted on July 2, 2019 by georgelamplugh 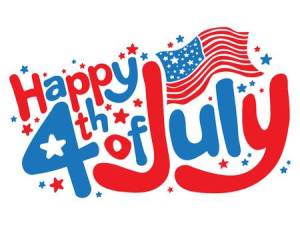 Those of you who follow this blog know that I have a fondness for “annual” posts.  One of my favorite holidays is Independence Day, because it gives me a chance to assess how the nation’s seminal holiday has been celebrated in the state of Georgia since the end of the American Revolution.  As you’ll see, Georgians in the late eighteenth and early-nineteenth centuries commemorated the nation’s founding in at least some ways that remain familiar to modern Americans.

Yet, in today’s unfortunately “Trump-Centric” universe, it looks like we’re on our way to celebrating the nation’s “independence” by aping the methods of the old Soviet Union,  where, on May Day, military units and the latest military weapons were paraded before the [government-] assembled masses.  During those celebrations, Soviet media outlets offered comments already approved by the government; non-Russian observers merely speculated on what the “lineup” of Soviet government officials suggested about who was “in” and who was “out.”

But, let’s take a collective deep breath and return to the state of Georgia two centuries or so ago, when the country was new, and look at how the notion of national independence was celebrated, over several decades:

I trust that you and yours will enjoy the Fourth, in whatever way you choose to celebrate it.  That seems to me to be the essence of “Independence Day” in the twenty first-century United States–and long may it wave! (Although it probably goes without saying that those of you with small children should studiously avoid replicating most of the activities highlighted in this post!)

I retired in 2010 after nearly four decades of teaching History at the "prep school" level with a PhD. My new "job" was to finish the book manuscript I'd been working on, in summers only, since 1996. As things turned out, not only did I complete that book, but I also put together a collection of my essays--published and unpublished--on Georgia history. Both volumes were published in the summer of 2015. I continue to work on other writing projects, including a collection of essays on the Blues and, of course, my blog.
View all posts by georgelamplugh →
This entry was posted in 4th of July, American History, Current Events, History, Popular Culture, Retirement, Southern (Georgia) History, Uncategorized and tagged American History and Culture, American Popular Culture, American Revolution in Georgia, Fourth of July celebrations, Georgia and the American Revolution, Georgia History, Historical Reflection, Southern History, Teaching, Teaching History. Bookmark the permalink.

6 Responses to A Post for the Fourth of July in Georgia, 2019