What Did You Do in the War, Daddy? (Growing Up With Vietnam, II)

Posted on January 8, 2011 by georgelamplugh

[As the title indicates, this part of the story concerns my two-year tour of active duty in the U.S. Army, 1966-1968. (Go here for Part I, on my pre-Army life and the early years of the Vietnam involvement.  For a list of sources, see Part IV]

All able-bodied male students at my university were required to take two years of ROTC; the last two years of the program, which led to an officer’s commission in the U.S. Army, were optional.  I wasn’t thrilled by the prospect, but neither was I worried.  I figured that I could put up with playing soldier for a couple of years, spend the last two years making fun of ROTC, and get on with my life.

During my first two years in college, though, things in Vietnam began to change rapidly–and for the worse.  In 1963, the U.S. withdrew its support from South Vietnamese President Diem, who had steadfastly refused to make any reforms in his corrupt, unpopular government, and we actively backed a group of officers who overthrew Diem and murdered him.  This change brought no improvement, however.  By the time President Kennedy himself was assassinated later that year, there were 15,500 American advisers in Vietnam.

I got a mild surprise in the summer of 1963, when I read in the local paper that Larry, my former soccer teammate, old “super nerd,” had joined the Marines upon graduation from high school.  I remember thinking that, of all the boys I knew, Larry was the last one I could picture as a “gung-ho” Marine.  In the spring of 1967, I learned that Larry had been killed in Vietnam.  By that time, I had completed Advanced ROTC, graduated from college, and been in the Army for nine months.

There was no real crisis of conscience involved in my decision to enroll in Advanced ROTC.  Like a lot of people of my generation, the so-called “silent generation” of the 1950s, I had been brought up to do what I was told, and one thing I’d been told over and over was that when my country called me, I must answer the call, with no questions asked.  More practically, draft calls were up, the marriage deferment was no option for me, and, as a History major, I certainly could not qualify for the only other available deferment, one open to those engaged in certain “critical occupations.”  Thus, only by signing up for the last two years of ROTC could I be assured of finishing college before being summoned for military service.

By the time I graduated in June 1966, the U.S. was deeply committed in Vietnam.  In the summer of 1964, Congress had approved the Gulf of Tonkin Resolution, which handed President Lyndon Johnson a blank check to deal with what we were told was “Communist aggression.”  During my junior year, 1964-65, we began bombing North Vietnam, the first American combat forces landed in the South, and our troop strength soon grew to 184,000.  In this country, the anti-war movement began.  Since I was a white, lower middle-class male who could (just barely) afford a college education and, thus, qualify for a student deferment, I watched these developments as a spectator rather than as a participant.

My luck continued to hold once I went on active duty in the summer of 1966.  Of the 28 officers in my specialized training course, 26 went to Vietnam upon graduation.  I was one of the two who did not.  Instead, I was sent to a large Army base in Maryland.  My new job kept me busy for long hours, so I didn’t have much time to sort out my feelings about the war.

When there were more than 500,000 American troops in Vietnam and we were paying $30,000,000,000 a year to support our effort there, it was hard to fault the reassurances from our leaders that the war was going our way, that there was, in a favorite Administration phrase of the time, “light at the end of the tunnel.”  Yet, victory continued to elude us, and a number of officers I knew asserted that, unless the Administration changed its policies and allowed our forces to wage all-out war, we would never win.  Then came Tet, the Lunar New Year, 1968, when Communist forces launched simultaneous attacks on 27 South Vietnamese cities, including the capital, Saigon.

The Tet Offensive broke the back of domestic support for our continued involvement in Vietnam.  It also brought me the only really worthwhile assignment I had while on active service and made up my mind about the war.  One of the Americans killed in Saigon during Tet was an Army major whose family lived a few miles from where I was stationed.  I was assigned to work with the Major’s family.  My duties included  arranging for his burial in Arlington National Cemetery, accompanying his family to the military funeral, and seeing to it that his widow and son received all of the government benefits to which they were entitled.  During the six months I worked with the Major’s family, the whole direction of the war in Vietnam changed.  President Johnson stopped the bombing of the North, called for peace talks to begin in Paris, and refused to run for re-election in 1968.

It was clear at last that we were not going to “win” the war in any meaningful sense, that in fact our policy was now–and perhaps had been from the start–bankrupt.  Like Humpty Dumpty, our grand crusade had fallen from the wall, and all the blood, money, and technology we possessed could not put it back together again.  I understood that, then; what I could not grasp was a more troubling question:  however pure our intentions, did our policy justify the sacrifice made by Larry and by the Army major I had helped to bury?  What sort of consolation did Tet and its grim sequel offer to the Major’s widow, his 6 year-old son, and to the rest of his family?  I never learned the answers to those questions.  All I do know is that, for me, the events surrounding Tet were a turning point:  I could no longer support the war in Vietnam, and the end of my two years’ active duty could not come quickly enough. 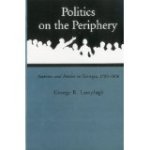 I retired in 2010 after nearly four decades of teaching History at the "prep school" level with a PhD. My new "job" was to finish the book manuscript I'd been working on, in summers only, since 1996. As things turned out, not only did I complete that book, but I also put together a collection of my essays--published and unpublished--on Georgia history. Both volumes were published in the summer of 2015. I continue to work on other writing projects, including a collection of essays on the Blues and, of course, my blog.
View all posts by georgelamplugh →
This entry was posted in History, Teaching, Vietnam War. Bookmark the permalink.

2 Responses to What Did You Do in the War, Daddy? (Growing Up With Vietnam, II)